Forward
To define and describe the purpose, objective and requirements of the Disaster Recovery Information Exchange, Southwestern Ontario, we do hereby establish and ordain these by-laws.

1. Name of Organization
1.1.  Name
a.   The name of this non-profit organization shall be the Disaster Recovery Information Exchange South-Western Ontario chapter (hereinafter referred to as "DRIE-SWO").

2. Purpose and Objectives
2.1.  Purpose
a.   The purpose of DRIE-SWO is to provide a medium, at the local level, where members can exchange ideas, experiences, information, and keep abreast of developments relating to business disaster preparedness, response, recovery and mitigation (hereinafter referred to as “contingency planning”).
b.    DRIE-SWO will endeavor to provide a service to professionals located in Southwestern Ontario; an area not represented by adjacent Disaster Recovery Information Exchange chapters.
c.    The name, funds or influence of DRIE-SWO may be used only in support of the purpose mentioned above.

3.2.   Termination of Membership
a.   A member may resign from DRIE-SWO by writing to the Executive Committee, stating their wishes. The resignation shall be effective upon delivery of the resignation or a copy thereof, to the Executive Committee.
b.   A member in arrears for fees of twelve (12) months or more will be identified as having resigned their membership and all privileges and powers within DRIE-SWO until reinstated. Such resignation does not relieve the resigning member of the obligation to pay any dues, or charges, accrued or unpaid.
c.   Any member, upon two-thirds vote of all members of the chapter in good standing may be expelled from membership for any cause which the society may deem reasonable.

4. Meeting of the Members
4.1.   Notice of Meetings
a.   Meetings of DRIE-SWO may be called at any time upon instructions of the President or Executive Committee.
b.   Notice of any meeting of DRIE-SWO shall be provided in writing to the last known address of each member, no less than twenty-one (21) days prior to the scheduled date.
c.   Notice may be included as part of a newsletter, or other DRIE-SWO publication.
d.   Notice may be forwarded by e-mail, fax or conventional mail.

4.2. Annual Meeting
a.    DRIE-SWO shall be required to hold a minimum of one (1) Annual General Meeting held at a place and date that is determined by the Executive Committee. The meeting shall address the election or nomination of executive members, presentation of financial reports, and any other business presented to the Executive Committee by members. The election of a President, Vice-President, Secretary, Treasurer and all Directors of the Standing Committees will be conducted at a separate meeting of the executive shortly after the Annual General Meeting.

4.3. Special Meetings
a.    Special meetings of DRIE-SWO may be called by the Executive Committee at any time.
b.   The business to be transacted at special meetings shall be stated in the notice, and no other business may be considered at that time.

4.4. Voting
a.    At all business meetings of DRIE-SWO, each qualified member in attendance shall have one (1) vote. A vote by proxy will not be allowed.
b.     Voting may be undertaken by a show of hands or ballot with the method determined by the
Executive Committee, in consultation with the members.
c.    In the event of a tie, a second ballot shall be undertaken. If a tie occurs a second time, the President shall break the tie by deciding the winning candidate.

4.5      Quorum
a.    At any meeting of DRIE-SWO members, a quorum shall consist of no less than twenty percent (20%) of all members in good standing and qualified to vote.|

5.4.  Election and Term of Office
a.    The Executive Committee officials shall be elected by the attending members of the Annual General Meeting and shall serve a minimum one-year term.

6.2.      President
a.   The President shall;
·      Be the Chief Executive Officer and have general supervision over all affairs of DRIE-SWO.
·      Preside at all meetings of the Executive Committee, the officers and members.
·      Select the Directors of special committees.
·      Sign all agreements and formal instruments.
·      Have a vote in the Executive Committee and, in case of a tie, a second vote to create a majority.
·      Be the formal contact with all other DRIE chapters.
b.   In the absence of the President, the vice-president
shall preside over any meetings.

6.3.        Vice-President
a.   The Vice-President shall;
·      Serve as coordinator of the Annual General Meeting of DRIE-SWO.
·      Assume such duties as may be delegated by the President.
·      Have a vote in the Executive Committee.
b.   In the absence of the President and the Vice President, the Secretary shall preside over any meetings.

6.4.        Secretary
a.   The Secretary shall;
·      Represent DRIE-SWO and perform such official duties for it as may be requested by the President or Executive Committee.
·      Keep the minutes of all meetings.
·      Maintain a file of correspondence.
·      Have a vote in the Executive Committee.
b.   In the absence of the President, Vice-President and Secretary, the Treasurer shall preside over any meetings.

7.2.    Election
a.   All ballots issued shall be counted and certified by the Executive Committee and validated by a neutral third party DRIE-SWO member.
b.   The results shall be reported to the members by the Vice-President.

8.    Ratification and Amendment of by-laws
8.1.  Ratification
a.     These by-laws shall become effective immediately following an affirmative vote by no less than two-thirds of those attending the final presentation of the draft by-laws.

8.3.    Numbering of Sections
a.     The Executive Committee is authorized to number the sections of these by-laws to correspond with any changes that may be approved.

9. Dissolution of DRIE-SWO
9.1.       Dissolution
a.        A professional member may request to dissolve DRIE-SWO by forwarding, in writing, to the Executive Committee.
b.        The Executive Committee must schedule a special meeting for the purpose of voting on dissolution within sixty (60) days of receipt of a request to dissolve DRIE-SWO.
c.     Members must vote to dissolve DRIE-SWO at a special meeting called by the Executive Committee, solely for the purpose of discussing and voting on the aforementioned.
d.     Notification to members of such meeting shall be given no less than twenty-one (21) days prior to the date of the meeting.
e.     No less than two-thirds of the vote must be affirmative. A vote by twenty-five percent (25%) of the qualified members is required.
f.      In the event of dissolution of DRIE-SWO, all assets real and personal shall be applied against any debts. Any remaining assets shall be distributed equally to all members in good standing at the time of dissolution or they may be forwarded to an association of similar interests or activities.  The Executive Committee shall determine the best alternative at the time of dissolution.

10. Audits and Finance
10.1.   Auditing
a.   The books, accounts and records of the Secretary and Treasurer shall be audited at least once each year by two members of DRIE-SWO elected for the purpose at the Annual General Meeting.
b.   A complete and proper statement of the standing of the books for the previous year shall be submitted by such members.
c.   The books and records of DRIE-SWO may be inspected by any member at the Annual General Meeting or at any time upon giving reasonable notice and arranging a time satisfactory to the officers having charge of same.
d.   Each member of the Executive Committee shall at all times have access to such books and records.

10.3.   Borrowing Powers
a.   For the purpose of carrying out its objectives, DRIE-SWO may borrow, raise or secure the payment of money in such manner as it thinks fit.
b.   The President and Vice-President may borrow funds on the credit of DRIE-SWO.
c.   Prior to borrowing funds, agreement to incur a debt and the total amount to be borrowed must be acquired through the Executive Committee.

10.4  Banking
a. The President, Vice-President and the Treasurer are authorized to sign one of the two (2) signatures required on behalf of DRIE-SWO, any and all documents as they relate to the management of the finances of DRIE-SWO. Limits to signing authority are at the discretion of the Executive Committee.

11. Code of Ethics
11.1 Discrimination
a.   DRIE-SWO members shall not discriminate because of race, sex, creed, age, disability or national origin as it relates to their DRIE-SWO relationships.

11.2.  Confidentiality
a.   All information shared about people and organizations should be treated as confidential and will not be identifiably communicated with non-members unless prior written consent is given.
b.   The mailing list is considered confidential and will not be distributed to anyone outside the DRIE-SWO Membership. The Executive will use the mailing list for the purpose of issuing correspondence.

11.3.  Conflict of Interest
a.   Activities that may generate the perception of conflict of interest between members, their employers and any other groups shall be avoided.

11.4.  Commercialism
a.   Product and service information will not be displayed or distributed without prior approval from the Executive Committee. If distributed as part of a symposium, the product or service provider will cover the costs associated with their presentation or display.

11.5.  Recording DRIE-SWO Events
a.   Any audio or video recording of symposiums will not be permitted without the prior written consent of the Executive Committee and guest speakers.

11.6.  Resolution of Ethical Conflicts
a.     In the event of an ethical conflict between two or
More members, the President shall serve as primary mediator.
b.     If the President is unable to resolve the issue at hand to the satisfaction of all concerned, or if the issue directly involves the President, it shall be brought before the Executive Committee. The judgment rendered by the Executive Committee shall override all previous decisions and shall be accepted by all as final.

Signed at Kitchener, Ontario on the 8th DAY of January 2014 by DRIE-SWO’s Directors as evidence that this document correctly sets out the provisions of the DRIE-SWO by-laws

Check out the News Archives 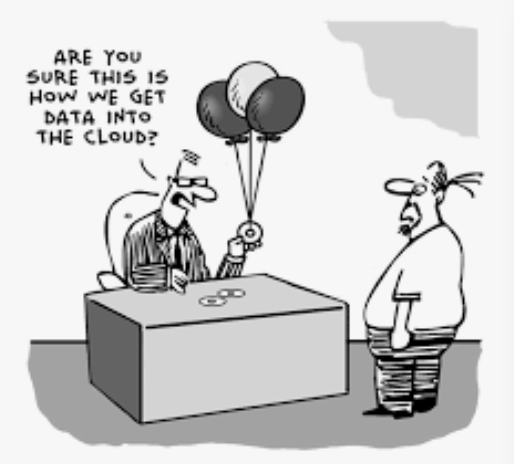 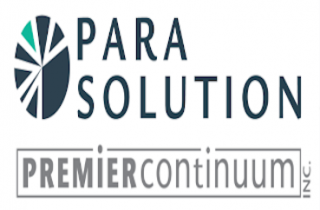 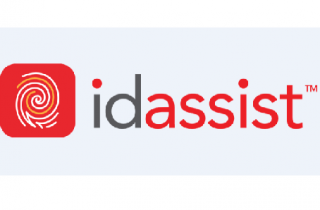 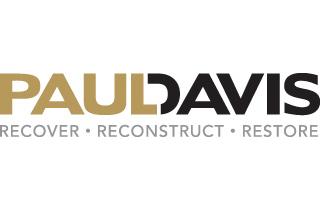 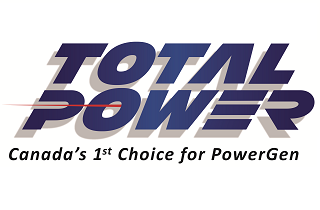 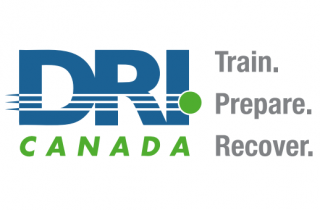 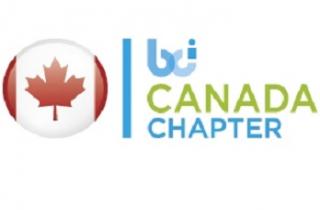 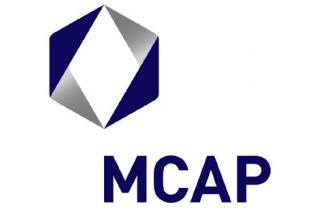